1 [ 单选题 ] (1.0分) 未指定技能
From this passage, we can learn that__________.
2 [ 单选题 ] (1.0分) 未指定技能
According to this passage, which is not tree about the construction of the robotic caterpillar?
3 [ 单选题 ] (1.0分) 未指定技能
The meaning of the word "peristalsis" in Paragraph 3 is similar to__________.
4 [ 单选题 ] (1.0分) 未指定技能
Comparing the robotic caterpillar and the other robots, which of the following is not true?
5 [ 单选题 ] (1.0分) 未指定技能
The passage is mainly about__________.
3 [ 组合题 ] (5.0分) 未指定技能
Text 3
Could the bad old days of economic decline be about to return? Since OPEC agreed to supply-cuts in March,the price of crude oil has jumped to almost $ 26 a barrel, up from less than $10 last December. This near-triplingof oil prices calls up scary memories of the 1973 oil shock, when prices quadrupled, and 1979 -80, when they alsoalmost tripled. Both previous shocks resulted in double-digit inflation and global economic decline. So where are theheadlines warning of gloom and doom this time?
The oil price was given another push up this week when Iraq suspended oil exports. Strengthening economicgrowth, at the same time as winter grips the northern hemisphere, could push the price higher still in the short term.
Yet there are good reasons to expect the economic consequences now to be less severe than in the 1970s. Inmost countries the cost of crude oil now accounts for a smaller share of the price of petrol than it did in the 1970s. InEurope, taxes account for up to four-fifths of the retail price, so even quite big changes in the price of crude have amore muted effect on pump prices than in the past.
Rich economies are also less dependent on oil than they were, and so less sensitive to swings in the oil price.
Energy conservation, a shift to other fuels and a decline in the importance of heavy, energy-intensive industries hasreduced oil consumption. Software, consultancy and mobile telephones use far less oil than steel or car production.
For each dollar of GDP (in constant prices) rich economies now use nearly 50% less oil than in 1973. The OECDestimates in its latcst Economic Outlook that, its oil prices averaged $ 22 a barrel for a full year, compared with$13 in 1998, this would increase the oil import bill in rich economies by only 0.25 -0.5% of GDP. That is lessthan one-quarter of the income loss in 1974 or 1980. On the other hand, oil-importing emerging economies--towhich heavy industry has shifted--have become more energy-intensive, and so could be more seriously squeezed.
One more reason not to lose sleep over the rise in oil prices is that, unlike the rises in the 1970s, it has not oc-curred against the background of general commodity-price inflatign and global excess demand. A sizable portion ofthe world is only just emerging from economic decline. The Economist' s commodity price index is broadly unchang-ing from a year ago. In 1973 commodity prices jumped by 70% and in 1979 by almost 30%.
根据以上内容，回答各题。

1 [ 单选题 ] (1.0分) 未指定技能
The main reason for the latest rise of oil price is __________.
2 [ 单选题 ] (1.0分) 未指定技能
It can be inferred from the text that the retail price of petrol will go up dramatically if __________.
3 [ 单选题 ] (1.0分) 未指定技能
The estimates in Economic Outlook show that in rich countries
4 [ 单选题 ] (1.0分) 未指定技能
We can draw a conclusion from the text that
5 [ 单选题 ] (1.0分) 未指定技能
From the text we can see that the writer seems
4 [ 组合题 ] (5.0分) 未指定技能
For a child, happiness has a magical nature. I remember making hide-outs in newly-cut hay, playing cops androbbers in the woods, getting a speaking part in the school play. Of course, Kids also experience lows, But their de-light at such peaks of pleasure as winning a race or getting a new bike is unreserved.
In the teenage years the concept of happiness changes. Suddenly it's conditional on such things as excitement,love, popularity and whether that zit will clear up before night. I can still feel the agony of not being invited to aparty that almost everyone else was going to. But I also recall the ecstasy of being plucked from obscurity at anotherevent to dance with a John Travolta look-alike.
66._________________________________________
My dictionary defines happy as "lucky" or "fortunate", But I think a better definition of happiness is "the ca-pacity for enjoyment". The more we can appreciate what we have, the happier we are. It's easy to overlook thepleasure we get from loving and being loved, the company of friends, the freedom to live where we please, evengood health.
67._________________________________________
Later, peace descended again, and my husband and I enjoyed another pleasure--intimacy. Sometimes just theknowledge that he wants can bring me joy.
You never know where happiness will turn up next. When I asked friends what made them happy, some men-tioned apparently insignificant moments. "I hate shopping, "one friend said, "but there's a clerk who always chatsand really cheers me up. "
68._________________________________________
I get a thrill from driving. One day I stopped to let the school bus turn onto a side road. The driver grinned andgave me a thumbs-up sign. We were two allies in the world of mad motorists. It made me smile.
69._________________________________________
Psychologists tell us that to be happy we need a mixture of enjoyable leisure time and satisfying work. I doubtthat my great grandmother, who raised 14 children and took in washing, had none of either. She did have a networkof close friends and families, and maybe this is what fulfilled her. If she was content with what she had, perhaps itwas because she didn't expect life to be very different.
70._________________________________________
While happiness may be more complex for us, the solution is the same as ever. Happiness isn't about whatcomes to us--it's about how we perceive what comes to us. It's the knack of finding a positive for every negative,and viewing a setback as a challenge. It's not wishing for what we haven't had, But enjoying what we do possess.
A. Another friend loves the telephone. "Every time it rings, I know someone is thinking about me. "
B. When we think about happiness, we usually think of something extraordinary, a pinnacle of sheer delight-- and those pinnacles seem to get rarer the older we get.
C. In adulthood the things that bring profound joy--birth, love, marriage--also bring responsibility and the risk of loss. Love may not last, sex isn't always good, loved ones die. For adults, happiness is complicated.
D. We, on the other hand, with so many choices and such pressure to succeed in every area, have changed happiness into one more thing we"gotta have". We're so self-conscious about our "right" to it that it'smaking us miserable. So we chase it and equate it with wealth and success, without noticing that the peoplewho have those things aren't necessarily happier.
E. I added up my little moments of pleasure yesterday. First there was sheer bless when I shut the last lunchbox and had the house for myself. Then I spent an uninterrupted morning writing, which I love. When the kids came back home, I enjoyed their noise after the quiet of the whole day.
F. We all experience moments like these. Too few of us register them as happiness.
根据以上材料与选项，回答各题。
1 [ 单选题 ] (1.0分) 未指定技能
第66题答案为.

allows garners to challenge other players in team-based multiplayer games on Xbox Live and System Link? 80. __________
第三部分：Section Ⅳ Writing (40 minutes) （共1道题） 展开全部
1 [ 问答题 ] (25.0分) 未指定技能
Some people claim that television is good for children because it gets children cleverer by watching it, whileothers think that television is bad for children.Write an article to express your point of view on this topic.
You should write no less than 250 words. Write your article on ANSWER SHEET 2.
THE END OF THE TEST
购买查看全部试题 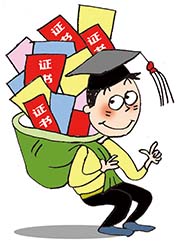